I Lost the Queen of My Heart

One month ago, January 3rd, I lost the Queen of My Heart. My husband and I lost our fur baby of 12 years one month ago and my world is shattered because of it.

Piper was a white miniature schnauzer that I fell in love with the moment I saw her. She was my baby and the child to a childless couple. My husband and I doted on her and she was every bit a part of our family as any human child would have been. She was my doggie daughter, my sweetest and most loyal friend, and there wasn't a day that I didn't love being her mommy.

2020 has been such a vicious year to most of us. Quarantines have had terrible repercussions--from loss of livelihoods, to loss of businesses, to loss of loved ones and not being able to be by their side during their dying. Suicides, alcoholism, depression, destruction. It hit us, too. Piper started having problems as far back as March when we found blood mixed in with her urine with a lot of inflammation. After hundreds of dollars worth of tests, we realized she needed to have surgery for bladder stones--even though it was not ascertained by my less than stellar veterinarians what was causing them. More labs were sent away and our veterinarians really dropped the ball. Because of Covid, we were not allowed to go into the vet's office and see our vet face to face. All of this done over the phone--and so much vital information was lost because of it. All in all, Piper was better. Some things we just had to chock up to old age and perhaps this was just the new normal.

A week and half before Thanksgiving, Piper was listless and miserable. We initially thought that she might be okay and let her get through the day and see if she improves. She didn't. Early in the morning, I rolled over to put my hand into fresh vomit on our bed and Piper so weak that she was almost laying in it. I shot up and we got to cleaning her up, washing the bedding, tending to her instantly and knowing full well that, not only was she going to the vet's, she was going to a new one. After getting all of that done, sanitizing everything, she threw up even more, this time just bile. The poor thing was so weak and the moment our nearest veterinarian office opened, I was making an appointment and rushing her over.

No. It wasn't something simple. It wasn't a bug. Her levels on her liver and spleen were way up and we were sent to a veterinary hospital. Piper had to stay overnight but, as we waited for initial news from them as we waited it out drinking a beer in a pub to calm our nerves, we were called there and the C word was the first thing on the table. Cancer.

That night is a blur. I cried all night, getting up, pacing, bawling, panic attack after panic attack. In the late morning, the oncologist called to let us know that further tests would be a waste. Piper had several cancers moving swiftly through her body. It was terminal. We were told that she could come home with us to spend a few days with her before we would have to put her to sleep. We went to the hospital to pick her up thinking she'd be just laying around as listless as we left her there. No! She was wide eyed, full of energy, and so happy to see us. She was walked out on a leash and ran to greet us. We were sent home with varying drugs for nausea, diarrhea, and appetite stimulant. No pain meds.

I create some very dark work but I am a praying person. My husband and I beseeched God to heal her. We did not get that but God gave us 6 weeks with her. From thinking she would die in days to a stretch of 6 whole, wonderful, beautiful weeks. There were a few bad days, or at least a stretch of hours during the day where she would be under the weather, but, all in all, she was doing GREAT. We decided to play it day by day. I stayed up most nights using a syringe to inject water into her body during the night and during the day. She panted so much, her belly distended with fluids, and she did not appear to be in any way a dying dog. But we knew she was.

My brave girl, my little warrior of love fought every single day for every drop of life she could get with us. We took daily jaunts out into her beloved woods where she'd run and bark, chew on trees, sniff, dig, whatever delighted her little doggy soul. We were amazed. Earlier on, my husband and I were still thinking she just had days to live and we had decided to have her euthanized at home because no veterinarian would allow you in the building to be with her with all this Covid jazz. We couldn't handle that. We couldn't handle the idea of our girl dying alone. The thought tortured and terrorized us. But that one day, when we realized she was far from being put down, she was running all over the place, and she was so HAPPY! My husband and I came to an epiphany that this would be heaven for Piper--a golden wood, a place of discovery, and nothing to hurt her. A perfect forest. Going on a discovery jaunt until we arrived there as she waited for us. Peace just flooded over us both where grief and worry had been ruling us. Peace that surpasses all understanding. By this time, we hadn't given her any of her medication in a few days because she didn't need them. No vomiting, no diarrhea, definitely still loving all the foods with a fairly strong appetite. The only true telling story was the nearly constant panting. The woods was the only place she didn't have it.

We thought she might actually be with us until spring because we wanted at least one more trip to the beach with her. We even hoped she be around another year or even two. We were actually getting confident about it. My beautiful girl made it through Thanksgiving, Christmas, even New Year's. My miracle girl. My beautiful love. I was so grateful. So deeply grateful and wrapped up in grace.

But then January 2nd. Our usual jaunt out in the woods and Piper was still running all over the place, getting muddy and absolutely, joyfully getting filthy. I didn't mind at all. Giving her baths was a way I calmly bonded with her as her caring mommy. If I'd known that was the last bath, I would have taken it slower. I would have cooed to her longer, tell her I love her a thousand more times, held her longer as I dried her. Hindsight will kill you if you let it. By that evening, Piper wasn't feeling so good and we thought it was just another rough patch and she would be okay.

It ended the way it started. Piper vomiting, head hanging down too weak to lift her head. We did the usual ministrations, giving her medications but she couldn't even hold those down. My head knew she was dying. My heart rammed against the cage of my chest like a captured bird ramming itself against the cage to escape. She was panting so hard and her eyes were glazing. John took her outside to see if she could urinate. She just dropped her hind end into the muddy, wet ground and both our hearts shattered. She was trying to sit up for us, stand for us, shake it all off...for us. For us. And she couldn't. She'd risen to the occasion over and over and this time...this time she finally couldn't. We called the hospital and brought her over hoping there would be something they could do to make it all go away. But we knew. We knew. We knew. God help me, we knew.

I talked to the vet and told her I couldn't have her dying in there alone. But there is no way she could go through the night in the state she was in. Her liver was failing. Everything was failing. It was time for her to go home. Thankfully, the vet allowed us to come in and be with her. I don't want to talk about her being put to sleep. It makes me insane with grief to relive it. It just went so very, very fast. I wasn't ready for it to be over so quickly. John and I went home to an empty house that no longer felt like home. Towels, medications, dirty cushions met us. Her toys. Her food. Her tennis balls. But not her.

I have never felt grief like this in my entire life. I have always worked my "issues" out in photography, choreography, in dancing. But I cannot move. I cry all day every day. My mourning is too great. My grief is debilitating.

This is why there has been nothing new. There may not be anything new in awhile. My heart is too broken. 2020 was the worst year. 2021 opened by destroying my family. Piper will forever be the Queen of My Heart, even if it is shredded and broken beyond repair. Piper, our warrior of love. Piper, our joy and heart. Piper, our daughter.

"You don't need magick to be a ghost. You only need a restless spirit..."

I Lost the Queen of My Heart 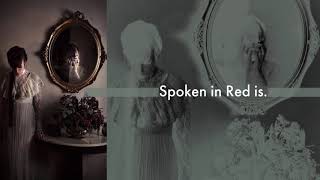 "You don't need magick to be a ghost. You only need a restless spirit..."

Big thank you to Art Limited! 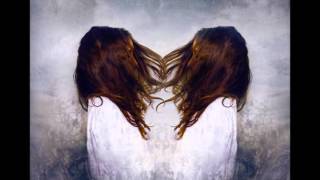 Whispers, Hauntings, and that tiny thread that pulls relentlessly at the hem of your consciousness.. 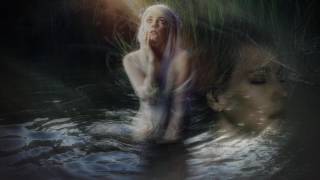